The track boundary, the Pivot Line, and the Jammer Line may be of any pattern or color so long as they clearly mark the edge of the track. 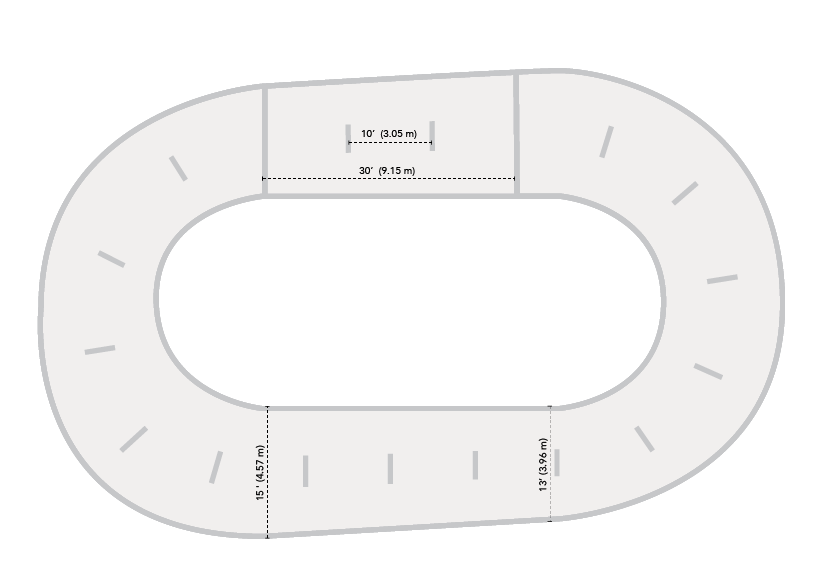 For each Jam, a team must field one Jammer, and at most four Blockers. One of these Blockers may be designated as the Pivot Blocker. Any Skaters who are not completely on the track at the Jam-Starting Whistle may not participate in the Jam, and thus do not count toward these limits. Skaters serving penalties (in, or on their way to, the Penalty Box) are counted toward these limits. Teams must field at least one Blocker who is not serving a penalty. Skaters may not change positions during a Jam, except in the case of a Star Pass (see below).

The Jammer is denoted as the Skater in visible possession of the Jammer helmet cover (a.k.a. the Star) at the beginning of the Jam. If a Skater is serving a penalty as their team’s Jammer, no teammate may begin the Jam in possession of the Star or behind the Jammer Line. If there is neither a Skater serving a penalty as the Jammer nor a Skater with a visible Star, then the team has failed to field a Jammer for the upcoming Jam and will be penalized accordingly. Unless they are serving a penalty, the Jammer must start the Jam on or behind the Jammer Line. Jammers may be stopped or coasting, but may not be actively gaining speed in the counterclockwise direction at the Jam-Starting Whistle.

The Star may only be carried by the Jammer wearing it on their helmet, or by that team’s Jammer or Pivot holding it in their grasp. Other Skaters may not control the Star, and the Jammer and Pivot may not hide the Star (examples include putting it in a pocket or hiding it in a uniform).

The Jammer is the only Skater who can score points for their team (see Section 3).

Jammers may also legally exit and remain outside of the Engagement Zone.

The Lead Jammer is the first Jammer who establishes a superior position to the foremost in-play Blocker, having already earned a pass on all Blockers excluding those ahead of the Engagement Zone (see Section 2.5). When one Jammer is determined to be the Lead Jammer, this is indicated by two short whistle blasts. A Jammer becomes ineligible to earn Lead during a Jam if they commit a penalty during that Jam, exit the front of the Engagement Zone without having earned Lead on their initial trip, remove their helmet cover, or have their helmet cover removed by a teammate. If both Jammers qualify for Lead at the same moment (for example, the foremost Blocker goes out of play), the foremost Jammer at that moment will be declared Lead. Only Skaters who begin the Jam as Jammers may become Lead (so a Pivot who receives the Star cannot become Lead).

The Lead Jammer is the only Skater who may call off a Jam before the full two minutes elapse. The Lead Jammer calls off the Jam by repeatedly placing their hands on their hips.

The Pivot is a Blocker, and is denoted as the Skater in possession of the Pivot helmet cover (a.k.a. the Stripe) at the Jam-Starting Whistle. The Pivot wearing the Stripe with the stripe showing has several additional abilities that other Blockers do not.

When not wearing the Stripe with the stripe showing, the Pivot cannot utilize these additional abilities.

A team’s Jammer may transfer their position to their team’s Pivot by successfully completing a legal Star Pass. A legal Star Pass requires the Jammer to hand the Star to their team’s Pivot while both Skaters are upright, in bounds, and in play; and while neither Skater is en route to, or in queue for, the Penalty Box. Upon releasing the Star into the Pivot’s grasp, the position of Jammer is transferred to the Pivot. The new Jammer takes over for the previous Jammer in terms of points scored, trips through the Pack, and Skaters passed. The previous Jammer becomes a Non-Pivot Blocker.

If the Star is passed illegally, both Skaters retain their existing positions. This includes:

If the Pivot comes into control of the Star through an unsuccessful Star Pass or any other means (for example, by picking up a Star that has fallen to the floor), they will be warned that they are not the Jammer. Accordingly, the Pivot may not put the Star on their own helmet, but they may hold the Star in their hand, drop it, or return it to the Jammer. Only the Jammer or Pivot may recover or control the Star.

The initiator of an illegal Star Pass (or Star recovery) that impacts the game should be penalized.

All other Skaters are considered Blockers. Non-Pivot Blockers may not wear helmet covers or have any markings on their helmets that could be confused for the Stripe or the Star.

The Pack is the largest group of in bounds and upright Blockers in proximity and containing members from both teams. If no single group of Blockers meets this definition, there is no Pack, even if there are multiple groups of the same size. Proximity is defined as not more than 10 ft (3.05m), as measured from the hips, in front of or behind the nearest Pack Skater. When a Skater is penalized, they are considered to no longer be on the track for the purposes of Pack definition and relative position determinations.

It is the responsibility of all Blockers to maintain a Pack, and intentionally destroying the Pack is illegal. When the Pack is moving counterclockwise, stopped, or has no established speed, clockwise skating which destroys the Pack is illegal. All Blockers from both teams must act to reform a Pack. For Skaters in the rear group, this includes stepping or skating in the counterclockwise direction. For Skaters in the front group, this includes coasting, braking, or coming to a complete stop. If an immediate action is not sufficient to reform the Pack, additional effort is required. If a Blocker is in the rear group, they must accelerate (until sprinting) toward the front group until a Pack is reformed (coasting, stepping slowly, or stepping in an only somewhat-counterclockwise direction are insufficient), but they may slow in order to avoid unsafe contact when the Pack reformation is imminent. If a Blocker is in the front group, they must actively brake until they come to a complete stop (coasting is insufficient), but they are not required to skate clockwise.

Blocks on or by Blockers which have impact while there is no Pack should be immediately penalized.

Distances for determining the Pack and the Engagement Zone are measured as the shortest distance, parallel to the inside track boundary, between Skaters’ hips.

“Blocking” refers to any physical contact made to an opponent, and to any movement or placement of one’s body to impede said opponent’s speed or movement, during a Jam, whether or not contact is made. Counter-blocking is any movement towards an oncoming block by the receiving Skater. Counter-blocking is blocking. Actions that meet the above description are considered blocking, even if accidental. Contact made to teammates is not considered blocking even if it is a disadvantage to the initiator or teammate.

All contact between opponents has an initiator, though it is possible for two or more Skaters to mutually initiate blocks against one another. 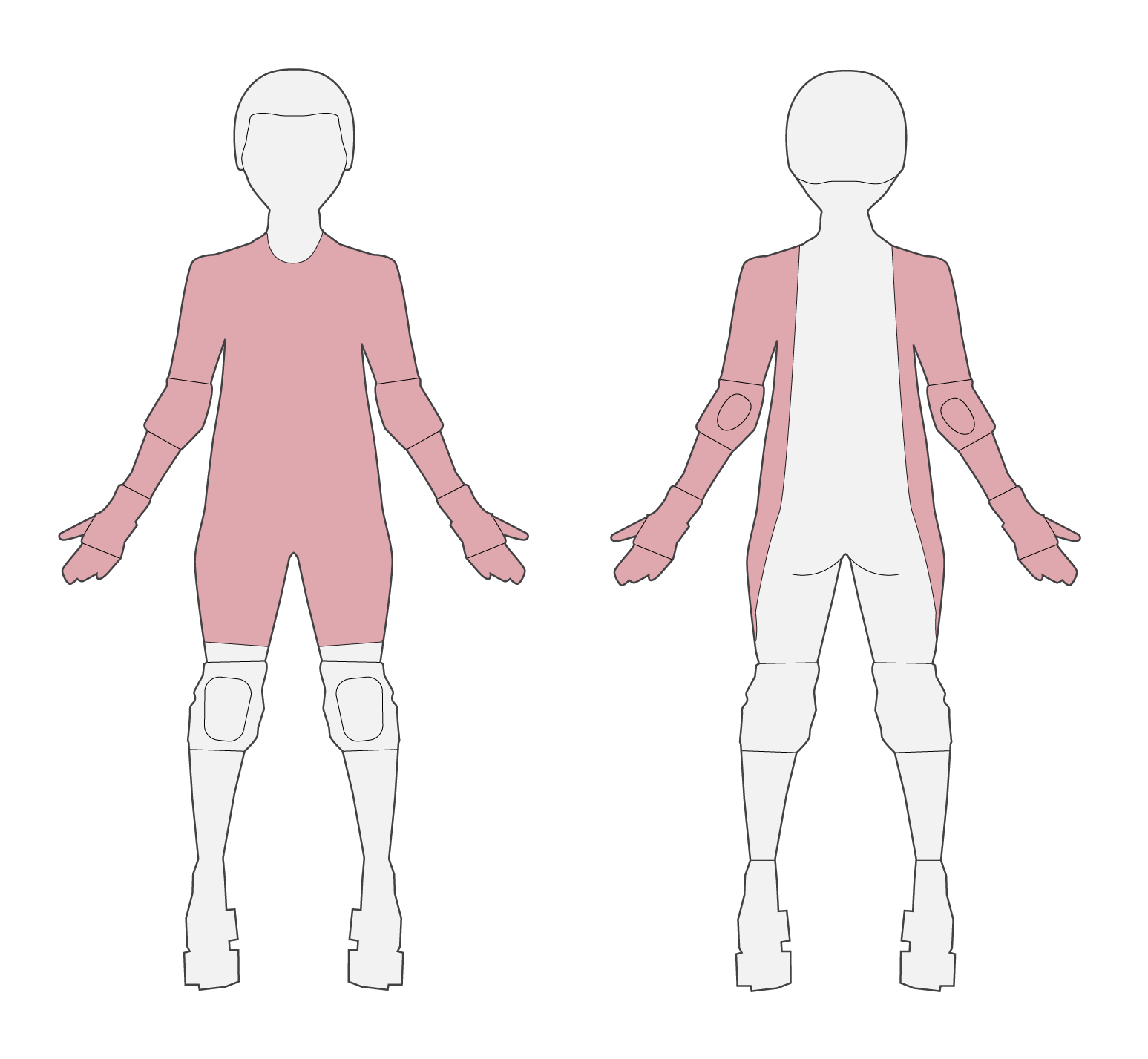 It is only legal to initiate a block using one’s torso, arms above the elbow, and legs above mid-thigh. 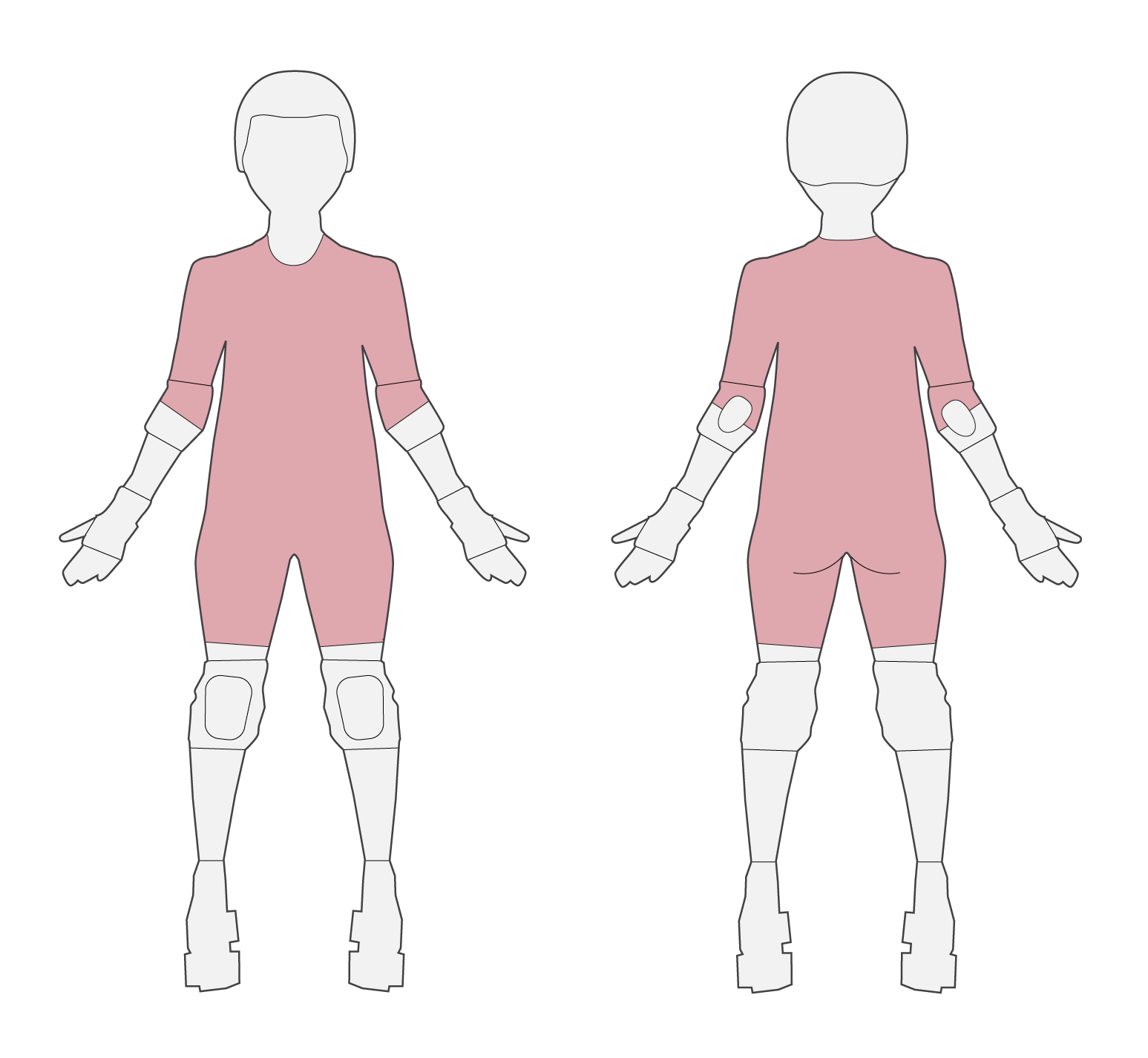 Skaters gain superior position on other Skaters by passing them in the counterclockwise direction.

Jammers only “earn” a pass if the pass occurs while the Jammer is wearing the Star on their helmet with the stars showing. All earned passes count as passes. Passes are only “earned” if: